The Coronavirus pandemic is teaching the world a lesson in the science of making high impact decisions. Perhaps at no time in human history have the potential costs of policy choices been so high. Thrust into the spotlight of the crisis is a small team from Imperial College London who have been working for some time on simulating pandemics. What was once a relatively niche scientific discipline has been placed at the heart of government policy, and the life-and-death decisions our elected leaders take with far-reaching economic consequences.

I want to use this article to explore a bit of the history of simulation, and why these modelling techniques are being used so extensively during this pandemic. In doing so, I hope to shine a light on their importance for supporting decision-making across other domains.

Simulation modelling is nothing new. In fact the most famous proponents of simulation are remembered for something else entirely. They were two young bicycle mechanics from Ohio, who had watched as early aviation pioneers tested their designs by, quite literally, taking bold leaps - often with fatal consequences.

But Orville and Wilbur Wright were smarter. Instead of hoping and leaping, they figured out a way to test models of their flying machines by building a rudimentary wind tunnel. In their wind tunnel, which was nothing more than a coffin-sized box with a fan rigged up at one end, they tried out fat wings, thin wings, curved wings and straight wings. None of them were big enough to lift a human in the sky - they were simply models. But with this wind tunnel the Wright Brothers iterated their designs faster than their rivals, and in December 17, 1903, the design they'd perfected assured them of their place in history. Their contribution to simulation was largely forgotten about. In the decades that followed, the basic methodology of simulation - using models to design better real-world systems - developed, and physical models were gradually replaced with mathematical ones. And wind tunnels were (largely) replaced with computers. 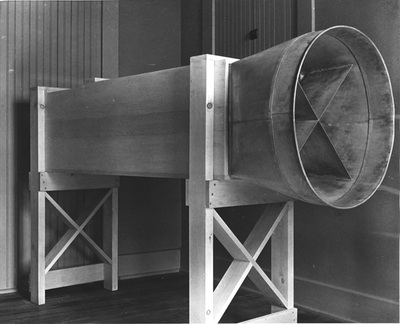 The mathematical foundations for modern simulation were laid by Enrico Fermi, working on problems of Neutron Transport, with Monte Carlo method calculations performed on an analog computer. Fermi's analog computer (FERMIAC) allowed him to track and model the behaviour of individual neutrons, including each collision, scattering, and fission. Fermi's work paved the way for modern Agent Based Models which are being widely used by epidemiologists to model the spread of COVID-19 through a population - a phenomena which shares many similarities with tracking the spread of neutrons through a material. Other pioneers developed alternative mathematical approaches to study other types of systems. Jay Wright Forrester, considered the father of System Dynamics, developed an approach for studying the dynamic interactions in social systems,which is widely applied to designing more effective organisations.

At a time when data-driven modelling - and in particular Machine Learning - are so in vogue, many of the advantages of simulation are conferred by its alternative approach to data. While machine learning relies on large quantities of historical data (read 'big' data), simulation models are actually used to generate data.

The Coronavirus pandemic is a classic example of a scenario where we need models, but have no data. The data are being generated as the pandemic goes along. While countless statistical studies will no doubt shed light on the pandemic in future years, decision makers need insight and answers now - not in 2 years' time.

Instead, simulation models simply attempt to recreate the system under study. In the Wright Brothers example, that means a scale model of an aerodynamic surface. In the Coronavirus case, that means the transmission mechanism, and the interactions of the people in a population. In an organisation, we might attempt to recreate the generation of marketing leads, and their conversions to sales.

Once we have our underlying model, we can use simulation - simply the process of running of that model - to generate future outcomes that haven't happened yet. If we have confidence in the model, then by extension we can trust the data: If we've done a good job on the scale model of a wing, then we know how it will perform when we scale it up. If we can accurately model the transmission of Coronavirus, and we know how frequently people in the population interact, then we can accurately forecast cases, recoveries, and deaths from the disease. If we can model the creation of marketing leads, and their conversion we can accurately forecast next year's sales.

With our simulation machinery set up - be that a wind tunnel, or a computer model - we can flex any of the assumptions underlying our model to rapidly gain additional insight about the system. We might think that the R0 of the virus (its reproduction number) is equal to 2.5 and the average number of contacts among people in the population is equal to 5. We can run our model into the future and generate profiles for the data we care about (cases, recoveries, deaths). But for hardly any additional effort, we can also test out what plugging in parameter values of 3 and 5; or 2.5 and 6; or indeed 3 and 6, does to our model. We might find that the number of deaths is very sensitive to the average number of contacts among people in the population. That information would prove critical in choosing action to take to positively modify this system.

Closely related to testing alternative assumptions is the idea of testing interventions. We often decide to intervene in systems in an attempt to modify their behaviour. We tweak the shapes of aircraft wings, or enforce social distancing in an attempt to modify our system to do more of things we want (generate lift) or less of things we don't want (deaths from Coronavirus).

To properly test decisions we need to understand the performance of the system as a whole, and its performance over time. It is not enough to create a wing profile that generates more lift if it also generates lots of extra drag, or to enforce social distancing now if more deaths will ensue when it is lifted in the future. A useful model will capture both the whole-system behaviour and the dynamic behaviour over time to ensure that we are not generating unintended consequences (which are rife in modern decision-making) or decisions which are locally optimal, but globally suboptimal (same comment applies!).